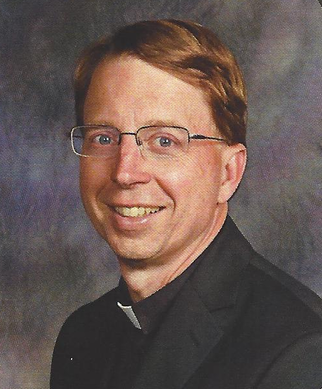 Pastor Ziemann is a native of Jackson, Wisconsin, and a 1982 West Bend East High School graduate. He was married in 1993 to Deb (Rudick) who is from Lansing, Michigan. They have been blessed with five children, Zach, Katie, Jeremy, Timothy and Ezekiel (Zeke).

Deb, Lutheran school teacher, assists at Our Shepherd in the Enrichment Education and is the Band Director. The oldest three children have attended Living Word Lutheran High School in Jackson, Wisconsin. Zach graduated from Concordia University-Wisconsin with a Computer Science major. Katie is an Early Childhood Education major at Wisconsin Lutheran in Milwaukee.

Pastor is a graduate of Concordia University – Wisconsin at Milwaukee/Mequon. He graduated with honors with a Bachelor of Arts degree in Elementary Education. He earned a Master’s Degree in Elementary Education from Indiana University – Ft. Wayne. He taught in the Lutheran schools for fourteen years and served as Youth Director, Director of Christian Education, Athletic Director, and coach of several sports during those years. In 2000, Pastor Ziemann was called into the pastoral ministry. Pastor Ziemann went on to study for the Holy Ministry at Concordia Theological Seminary in Ft. Wayne, Indiana. He earned a Master’s Degree in Theology in 2002. He is currently working on a Doctor of Ministry degree through Concordia Theological Seminary in Ft. Wayne, Indiana. His emphasis is on teaching and preaching.

Pastor Ziemann served 13 years as pastor at Immanuel Lutheran Church – Town of Scott near Beechwood, Wisconsin, and at St. Stephen’s Lutheran Church in Batavia, Wisconsin. He also taught five years part time at Living Word Lutheran High School before stopping to concentrate on his doctorate studies. He was the head cross country coach at Living Word for six years.

Pastor Ziemann received a Call to serve as Sr. Pastor at Zion August 2, 2015. He is also a track and field coach at Our Shepherd Lutheran School and serves as Circuit Visitor of NE1 Circuit of the Ohio District-LCMS. 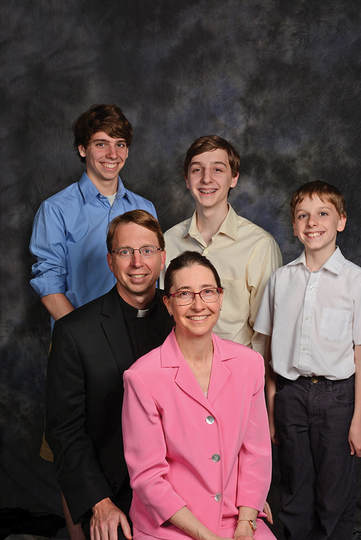